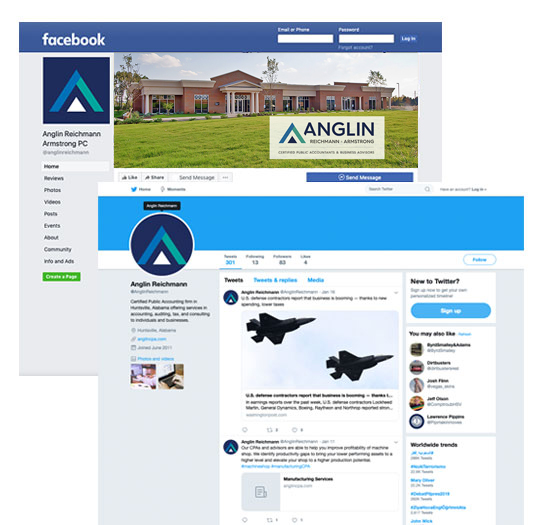 The first priority was to create messaging and a media list to announce a strategic merger underway in Pensacola, Florida.

Ingenuity identified the goals of the merger by interviewing the managing partners at both Anglin and the Pensacola firm, Bloomer, Geri & Company. We developed different talking points for both firms and identified key media in both markets to approach about the merger news. From there we developed a communications plan that included messaging to share with employees at both firms and with clients, consulting on the timing of these communications. We also drafted a press release that identified the benefits of the merger as well as the fact that the Pensacola firm would change its name and brand to Anglin Reichmann Armstrong. 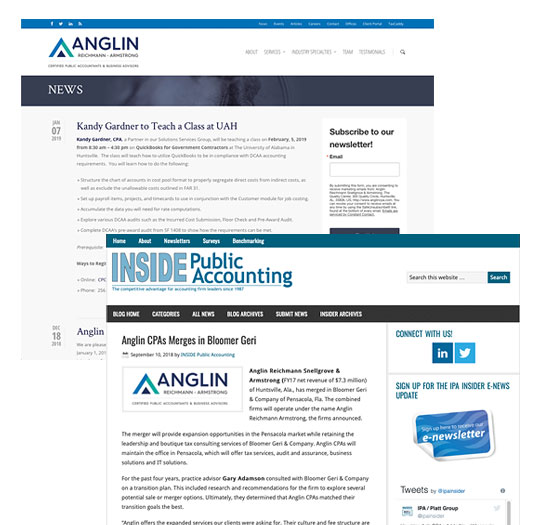 Ingenuity’s full-service team handled the communications plan, got approvals for the press release and distributed the release to media just in time for the official merger announcement. Messaging internally created excitement for the change and calmed any potential concerns both in the Huntsville, Alabama, and the Pensacola offices. Media picked up the merger story, including national accounting publications INSIDE Public Accountingand Accounting Today.

Leaders were very happy with the positive press coverage and the smooth transition that the messaging supported with staff and clients.

Get published in firm magazines. Start your conversation with Ingenuity.

“As accountants working diligently for our clients in their business consulting, financial and accounting needs, we recognize we need the resources and expertise that Ingenuity delivers. The relationship built with the team at Ingenuity is the same relationship we have with our own internal team. We trust their expertise, need for discretion and timely delivery of all of our marketing needs.”